Be proactive; begin environmental work now ahead of regulations and there is practical and financial help to do so. That was the message to the 280 growers, dairy, sheep, beef and deer farmers who attended the BOP Future Farming Symposium in Te Puke on Thursday October 24.

Those messages came from not the regulators, but farmers themselves during a daylong event organised by the Pan-Sector Industry Alumni Events subcommittee of the Bay of Plenty Ballance Farm Environment Awards.

It was the first of its kind held in New Zealand and set out to give an overview of the types of regulations farmers and growers face, particularly under the new Essential Freshwater plan, and offer solutions to address them.

Minister for Climate Change James Shaw, who had agreed to attend the symposium, did not front in person as he was part of a government announcement of major reforms to the Emissions Trading Scheme made in Wellington that day.

However, he did send a video in which he said New Zealand farmers are the most adaptable, resilient, productive, efficient and innovative in the world and have the capacity to feed 40 million of the world’s projected 9 billion population by 2050.

Martin Workman Director Water, Ministry for the Environment said New Zealand is a small place and to get noticed in world markets needs something distinctive that sets it apart. “Our environmental conditions and sustainability are a key part of our story. We need a story, a brand to distinguish ourselves to reach higher paying customers and credentials which support that.”

However, Martin said the state of the environment report Environment Aotearoa, released in April showed while some New Zealand water ways were improving, many, both in rural and urban areas were not, and action needed to be taken.

Todd Muller, MP and National spokesperson for agriculture, said New Zealand must play its part in addressing climate change and when it comes to improving freshwater quality the way forward was collaboration.

“Maximising the outcomes across New Zealand of people working together to get the best freshwater outcomes is fundamental.” He said he believed farmers can farm their way to solutions without the pressures of reaching onerous prescribed nitrogen limits.

“There are numerous examples of sub-catchments of farmers and communities working together looking at river and stream values. The key policy question is what you do to encourage that degree of collaboration and to what extent a ‘stick’ is used.”

Newly re-elected Bay of Plenty Regional Council chairman and dairy farmer Doug Leeder said his council was working to convince regulators that one-size does not fit all when it comes to proposed limits for nutrients in fresh water.

He emphasised that farmers and growers know their land and environment best and should be encouraged to make the improvements which work locally. He also said council had resources and expertise to help landowners meet the necessary changes.

Whakatane dairy farmer Fraser McGougan told the symposium that taking positive action, including implementing a Land Environment Plan to improve outcomes on farm is rewarding for the environment as well as personally and financially.

His comments were backed up by Rikki James, manager of the large mixed dairying, grazing and orcharding enterprise Cameron Farms near Matata. Eight years ago, the property began implementing a riparian management plan which has led to extensive changes in land use and ultimately increased profitability.

The event was attended by growers, farmers and rural professionals from the dairying, drystock, kiwifruit, avocado and fertiliser industries and such was the positive response from attendees, the plan is to hold a similar event next year.

To find out more about Land Environment Plans go to the websites or contact Beef + Lamb New Zealand, DairyNZ, or the Bay of Plenty Regional Council. Information on how to start a catchment group is also available from NZ Landcare Trust.

** Read the symposium speakers bios, click on sponsor and supporter logos to take you to their websites here.**

23rd of March update You will all be aware of today’s Government announcement that ... 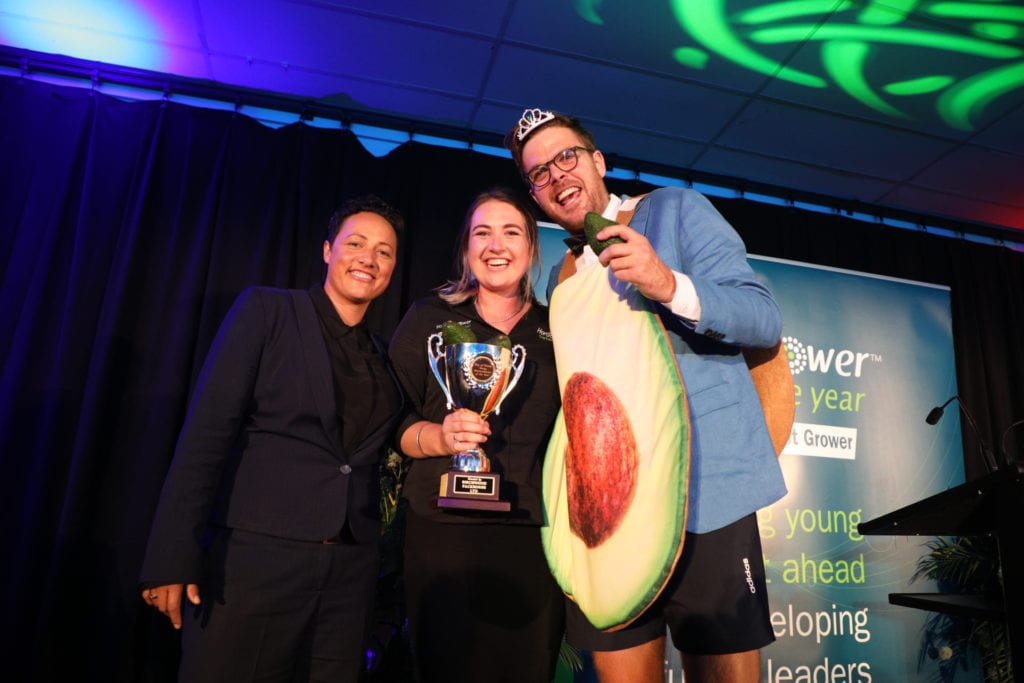 Bay of Plenty Young Grower of the Year

The history of avocados in New Zealand

NZME has recently released a special edition celebrating the history and growth of the avocado ...

The world avocado market has seen exponential growth over the past ten years, with Mexico ...